Get in touch with us and tell us how we can help you.

A new luxury apartment development, The Residences at Clocktower located at The Square at Union Centre, will soon give West Chester Twp. residents a new housing option. It will feature 326 luxury apartment homes with one-bedroom, one-bedroom, two-bedroom and two-bedroom den/study options. HILLS Properties has broken ground on the property in the past month. The first move-ins are expected in the third quarter of 2022. By the end of 2023, the project is anticipated to be fully completed.

Other features of the new luxury apartments will include under-building, secure parking, stainless-steel appliances, and LED light fixtures. Often referred to as Savoy 2.0, The Residences at Clocktower will have some similarities to Savoy, which won the National Apartment Association’s “Community of the Year” award.

The old standard for apartments were 8 foot ceilings

“This is Savoy taken to the next level. For example, in the amenities, what Savoy doesn’t have, and this does is we have a rooftop terrace, overlooking the park, where after a night out in West Chester, you can walk home and hit the rooftop terrace for a nightcap with a bottle of wine. That’s a new feature and a new amenity and it’s going to be gorgeous,” said said Brandon Guttman, executive vice president of operations at HILLS Properties.

Barb Wilson, West Chester Twp. spokeswoman, said the interest in bringing residential to what is that downtown district of the township has always been the vision for that area. “There’s renewed interest in renting from young professionals and from empty-nesters and those that are downsizing,” Wilson said, “They want to be able to have those amenities, to be able to walk to restaurants. They want to have that walkability and be close to the action.” 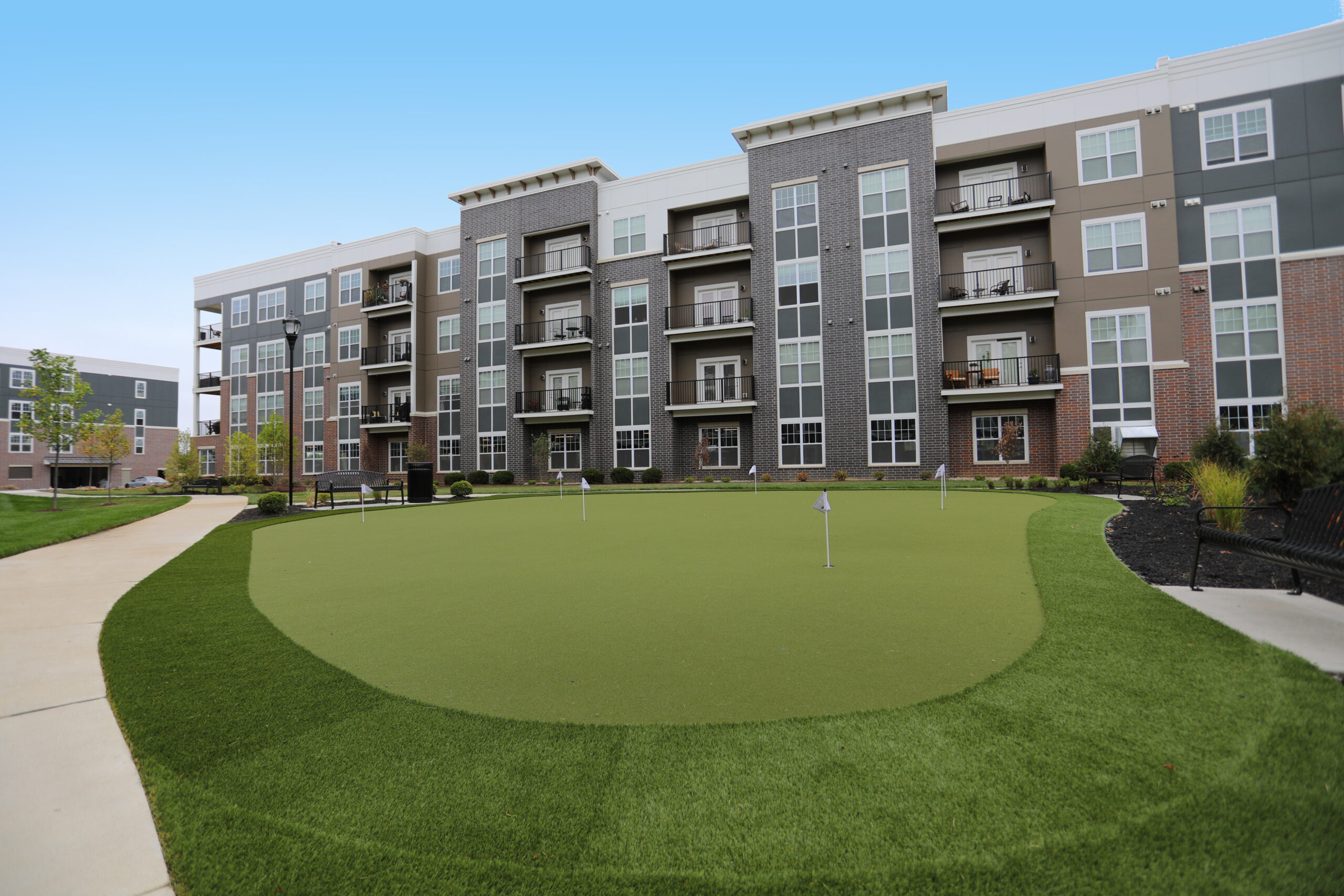 2 Minute Read
Let's put our heads together. Have you checked out our FAQs?
Are you interested in a new development?
Get in touch or call 513.984.0300